At one point or the other, every Master of Laws applicant is bound to look for them – LLM rankings. Naturally, before applying to or enrolling in an LL.M. program, applicants want to find out which LL.M. programs are regarded as the best. Surprisingly, however, there are currently few LL.M. rankings. While some attempts have been made to rank LL.M. programs, these are not widely recognized or well-known (although among the more useful resources in this regard is an academic study and ranking on where best to pursue an LL.M. degree in tax law, while another recent LL.M. ranking has been compiled by the National Law Journal).

Well-known law school rankings are compiled with the basic law degree in mind, for example the J.D. in the United States or the LL.B. in the UK. However, these rankings do not include LL.M. programs or other graduate programs such as the S.J.D.

Click on the image above to download your copy of our eBook with winning LL.M. personal statement samples.

In order to derive at its results, the ranking considers a weighted average of 12 measures of quality, including a peer assessment score, assessment score by lawyers and judges, LSAT scores and GPA, employment rates for graduates, and various law school resources. In addition, U.S. News provides a ranking of law school specialties, such as tax law, environmental law, international law, or intellectual property law.

The Value of Rankings

Since these rankings are not actually LL.M. rankings and do not specifically address LL.M. programs, what is their value for LL.M. applicants? Are they of any use at all? In short, yes. General  law school rankings can be very helpful resources for assessing a Master of Laws program. They can serve as starting points for a rough approximation of an LL.M. program’s standing and its reputation among the legal community, including future employers. Often, there will be at least a rough consensus among different rankings as to which schools constitute the leading law schools in a country.

Not surprisingly, the better a school’s J.D. or LL.B. program, the better its LL.M. program tends to be. This is certainly true for LL.M. programs where students attend the same classes and seminars as their J.D. or LL.B. counterparts. On the other hand, general rankings are less authoritative for applicants looking to attend a specialty LL.M. program, such as an LL.M. in business law, in entertainment law, tax law, or in niche areas like energy or animal law. Schools that are not ranked highly in U.S. News and other rankings might still offer excellent specialty LL.M. programs. However, in order for a quality specialty program to translate into future employment and opportunities, applicants should make sure that the program’s attributes are in fact known in the wider community.

As a rule of thumb, be mindful of LL.M. rankings and law school rankings that differ widely from recognized sources such as U.S. News. No matter what methodology is used, there is simply no denying that Ivy League and other top law schools such as Yale, Stanford, Harvard, Columbia, Chicago, NYU, Oxford, LSE, or Cambridge offer high-value LL.M. programs. On the other hand, be also careful when relying on rankings that list law schools (or LL.M. programs) at the top that are usually regarded as weaker schools.


Rankings are important. Yet, applicants should also keep in mind that rankings have to be taken with a grain of salt. Ultimately, when it comes to choosing an LL.M. program, subjective personal factors tend to be determinative. In addition to a law school’s ranking and subject matter preferences, applicants will consider a law school’s geographical location, the cost of living and job prospects in that place, tuition fees, the size of LL.M. classes, personal connections to a location or school, and recommendations from former LL.M. candidates. No LL.M. ranking can help you make these determinations. 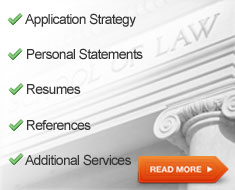 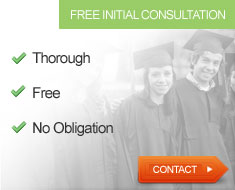